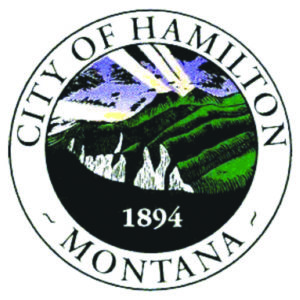 The Hamilton City Council is in the process of amending various provisions of the city’s municipal code by repealing some sections, modifying others, and making some additions. The first of the proposed changes specifically addressed what is allowed and what is prohibited in terms of firearm possession in City parks and public buildings as a result of the passage of Legislative Referendum 130 changing the law concerning the carrying of concealed weapons.

At the council’s January 19 meeting, a public hearing was held in which Public Works Director Donny Ramer presented the draft recommendations that had been devised in consultation with Police Chief Ryan Oster and City Attorney Karen Mahar. He told the council members that the changes were necessary to address the recent changes in state gun laws which, “removed local governments’ power to regulate the carrying of permitted concealed weapons.” He said the amended code would bring them into compliance with LR-130 and clarify the allowed and prohibited activities including firearm possession in the city parks and publicly-owned buildings. While persons can carry weapons into the public parks and publicly owned buildings under the new law, it is still illegal to discharge a firearm in the public parks or in any publicly-owned buildings. The section prohibiting firearms in public meetings was deleted from the code.

Following the public hearing, the new Ordinance #416 was unanimously approved on

first reading. A second reading was planned for February 2. If approved on second reading, the ordinance would become effective 30 days later.

In the process of updating the codes to be in compliance with the new law, Ramer said they also looked at the codes to clean up some of the other rules applying to parks and recreational fires. Other codes that were amended included one section pertaining to camping overnight, clarifying that it is permitted, but only by permission from the mayor, who has traditionally allowed the local Boy Scouts to hold camping events in the park although it is generally prohibited. Rules were clarified to state that recreational fires are not allowed in city parks at any time, but barbecue cooking is allowed.

Another amendment was made concerning dogs in the parks, in order to update parks that allow dogs on leash to include Steve Powell and Skalkaho Bend Parks and to state that dangerous dogs are not allowed in city parks.

Following the public hearing, the amendments were unanimously approved on first reading. A vote on second reading was scheduled for February 2.

On the 19th, the council also approved by resolution an updated official City of Hamilton Zoning Map. The map is required by law to be updated annually.

The council also adopted new COVID-19 leave policies. Mayor Dominic Farrenkopf told the council that since the Coronavirus Aid, Relief and Economic Security Act’s funding has ended, there should be a policy in place for employees to have time away based on concerns over COVID-19. He said that he consulted with City Clerk Rose Allen and City Attorney Karen Mahar who worked together on updating the policy.

“We don’t want employees to have to use their sick pay or vacation if they are out because of COVID-19,” said Farrenkopf.

The job description for the Wastewater Treatment Plant and Collection System Operator in Training was updated.

And, finally, the council approved a three-year contract with the auditing firm Strom & Associates, P.C.

The council is also involved in a major overhaul of its zoning regulations to encourage more infill development with at least three amendments to the code coming up for first reading at its meeting scheduled for February 2nd.

One amendment would permit and provide for short-term rentals within the city.

Another would change residential development standards to allow for more in-fill housing and apply to the Single-Family Residential, Residential Multiple Family, Residential High-Density, Transitional Neighborhood Business, and Local Business Districts. The proposed amendments include reductions to minimum lot sizes and frontages, increases to allowed dwellings per lot, reductions to setbacks, and increases to maximum height requirements.

Zoning Commission from two to one from each board.